The Internet We All Know And Love 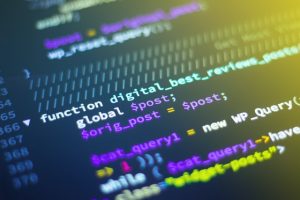 What Is The Internet?

We are all used to the internet, but what is it?

We have all heard of ‘The Cloud’ it is where we store our music, our photos, our emails.

The cloud is not actually in the sky, it is hundreds of thousands of miles of fibre optic cables under the oceans.  The busiest of these is the Louson Strait which is a strait between Taiwan and the Philippines.

Natural Dangers To The Internet

Cyber security is there to protect us and the internet from terrorist attacks, but what about nature, what if nature decided to bring the internet down?

Since data is sent between data centres around the world via a global fibre optic cable network, the network is at risk of being damaged.

Underwater earthquakes happen from time to time, which can cause data cables to become damaged.  Many are now buried under the sea floor, but if the underwater terrain does not allow for this, they are at risk.

Sea life such as whales can get caught up with cables, causing danger to the network and also sea life.

Our Lives Now Depend On The Internet

Cash machines, banking, Youtube, iPhones, email, websites, all are 100% reliant on the internet.

Imagine is the internet went down, how we would be thrown back into a world centuries ago.  Shipping would stop (as there is no communication), financial markets crash, communications crash, defence systems shut down, utilities stop, doomsday you might call it.

Since the internet is so diverse, the chances of this happening is very unlikely.

The forward facing internet for civilians is one part, the military have their own internet and so on and so fourth.

We Are Addicted To Technology

Since 1983 when the internet first started, our lives as a species have become ever more addicted to technology.

Almost every area of our lives are reliant on the internet and what it brings.  From our jobs, our leisure and our finances all based around the internet.

The dark web is the internet, but anonymous, so IP addresses do not appear and there is no regulation.

Website like Tor allow users to be able to browse without being monitored by internet giants like Google, monitoring user activity, tracking you via your smartphone (find my iPhone) and data collecting for advertising.

Government organisations like GCHQ also monitor the internet, to build a digital profile of us.  The dark web removes this power.

When Back To The Future II was released, they second guessed what the year 2015 would be like, when hover boards were used by children, we had microwave ovens, and floating cars.  While not all of this was accurate, some was.

Will we be as reliant on the internet then as we are now, is that dangerous?