The Wizard of Moz – An Interview With Rand Fishkin 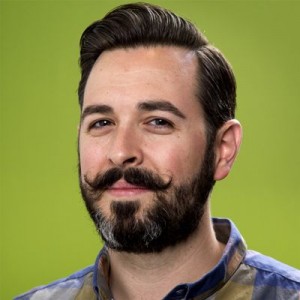 Our Interview With Rand Fishkin

Seeking out advice from the experts is a great way to learn, and we’ve been lucky enough to interview Rand Fishkin, founder and former CEO of marketing analytics company Moz. We asked him some questions about his experience and career working in the field of SEO, for tips on how to choose the right SEO agency, and the most important questions about his trademark yellow trainers, his preference for beer or Scotch, and how to maintain a great moustache!

See below for the full interview…

What were the factors which led to you deciding to leave university and start Moz?
Rand: “I left University because I was bored by the curriculum and felt like I was learning way more working on my own (at the time, doing web design/development). To be honest, I also dropped out because of a fight I’d had with my Dad where he stopped paying my tuition (I think I paid 1 or 2 quarters on my own before ditching it).”

What would be your #1 priority when choosing an SEO agency to work with your business?
Rand: “I want an agency and a consultant (or team) that shares my beliefs and approaches to the business, and whom I can trust to give the same level of effort that our in-house marketers give. That’s why, several years ago, we hired Distilled to do SEO work for Moz – I know the founders and many of the team members there well, and I knew that we shared values and work ethic.”

You love to travel with your wife Geraldine – what’s the strangest/most exotic place you’ve ever had a chat with someone about SEO, or given SEO advice?
Rand: “I had a town car driver pick me up for an event once in Phoenix (I thought I was taking a cab, but the guy had a sign with my name on it). It turned out, he actually owned the driving company and wanted my advice on their marketing and SEO. It was a really fun drive. Thankfully, this was before Uber – I can imagine things must have been tough once they came to town.”

You have a time machine which allows you to go back and give one piece of SEO advice to your past self – what would you say?
Rand: “Only SEO advice!?! I want to give myself some entrepreneurial and broader business advice 🙂 But OK, I’ll stick to SEO. I think I’d tell myself in the early-mid 2000’s not to worry when we got passed in rankings by those doing manipulative things. It took a while, but Google eventually rewarded exactly what they said they would – great content by trusted authorities earning links rather than buying or building them.”

The entrepreneurial and broader business advice would be great – please do share!
Rand: “I wish I would have focused more on building user-loyalty before scaling our business. Churn rate is much harder to solve when you’re at scale then when you’re early in your company’s/product’s lifecycle. I’d also advise myself to be less worried about employees leaving. Every time we’ve agonized over someone important to the company departing, it’s ended up being a positive thing (I think that’s because people who don’t desperately want to work at a company aren’t really the ones holding it together and making it amazing anyway). There’s many, many more, but I think those are two of the more concrete examples.”

What flags or signs would you look out for which say to you “I shouldn’t work with this SEO agency”?
Rand: “If they can’t explain not just how search engines work, but why, I get worried. I’m a big believer in diving deep below the surface level and trying to empathize. Even though most of us are guessing at why Google made one particular change or another, or how they might measure certain things in their algorithms, I think that curiosity and the ability to convey your hypotheses, reasoning, and case studies in a compelling way is a strong predictor that you can do a good job.”

The yellow Pumas – how much life have they got left in them?
Rand: “They’re on their last legs, which is why I only wear them once or twice a year. I’ll have them out again at Mozcon, though!”

Beer or Scotch?
Rand: “Scotch. I love beer, too, but a lot of beer has been giving me a weird headache lately, so I’m sticking to single malts.”

After asking Rand these questions, some colleagues were disappointed that I hadn’t also asked him a question about his moustache. Of course a follow-up was required, to which Rand Fishkin replied…
Rand: “Mustache-care tips? I like the wax I got from Beardbrand. Other than that, I recommend lots of sinister twirling of it while muttering to oneself in a large leather chair.”
Thanks Rand Fishkin!

Feeling inspired by Rand Fishkin? Fill out the form on the right to get a quote from an SEO agency near you.