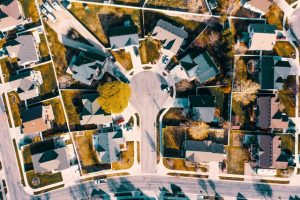 Is There Really A Housing Crisis In The UK?

There is a housing shortage in the UK, a shortage of affordable housing and houses suitable for first time buyers.

The government has set targets of new build homes each year to be built, at around 300,000 new homes.  Added to that, the schools, hospitals, shops and parking means that we are becoming a very well populated nation with a shrinking coastline.

The government is also encouraging people to build their own houses by offering cash incentives.

Why Is There A Housing Shortage

New towns have been created since WW2, to handle the housing shortage (yes, that is how long this has been going on for).  Towns like Basingstoke were rapidly expanded to bring people outside of London and create affordable housing.  New cities like Milton Keynes and St Albans are also well known as pop up towns.

But with all these new houses that have been created post war, how is there still a shortage?

The baby boom post war does have a lot to play, coupled with most modern families now have 3-4 children means that the problem is only going to get worse.

Immigration does have a part to play, since 1960 towns such as Leicester, Birmingham and Bradford are all well known for their ethnic populations.  London has the highest number of world nationalities of any city globally.

Tackling the housing crisis is important, which spills over to the rental market and homelessness.

There have been a couple of housing bubble bursts during the years, but on the whole, house prices have been going up, not in line with wages.

It is predicted there will be a tipping point whereby house prices will eventually fall.

Due to the high housing costs, the UK rental market is highly competitive, with many 3 bedroom houses using living rooms and other rooms as additional bedrooms.

London is the highest market for the rental sector, a one bedroom flat can cost over £2,000 a month.

As you can imagine, the competition between estate agents is very high.  Even during the heart of the COVID-19 pandemic, people were still buying and selling.

Marketing for estate agents has not stopped, many have increased their marketing spend in order to stand out over the competition.

With the addition of companies like Purple Bricks (a purely online service) and Right Move, the sector is highly competitive.

The Future Of Housing In The UK

The sad truth is that we will have to sacrifice more fields and more woodland in order to house our ever growing population.

Of course no-one wants their once country views to be replaced by a housing estate and lorry park, however not in my back yard was always the way.

House prices look to be still increasing, how far is anyones guess.