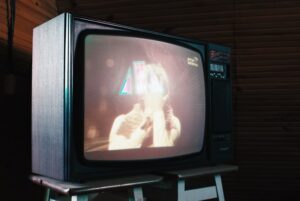 TV advertising has to be undoubtedly the main form of advertising for many big businesses.  Whether the adverts are annoying or fantastic, they tend to stick in the mind right?

The first TV advert went out in the USA in 1941 before a baseball game.  Lasting 20 seconds the watchmaker was the first company in the world to use the TV as an advertising medium.

In the UK, the first advert appeared in 1951 for toothpaste and since then the TV industry has grown to become one of the most sought after advertising mediums.

Who Advertises On TV

Until the early 1990’s it was really only large companies and multinationals that advertised on TV.

However post 1990 many smaller businesses have started using TV advertising either on prime time or on satellite channels.

All TV adverts are targeted to consumers.  Advertising companies track who watches TV during what times of the day and on what channels.

Adverts are crafted so that they are reaching the most appropriate audience and therefore maximising the impact of the advertising campaign.

The kind of adverts that appear during the day tend to be aimed at students, retired people, jobless people or stay at home mums.

Adverts during the early/late eventing aimed at children coming back from school, young professionals and single people.

Adverts that appear during late evenings are normally aimed at single people, couples watching a late film, and young professionals.

Depending on the channel, different adverts will appear according the type of viewer that would be watching.

On the God Channel, or the History Channel, ITV, Sky Sports all channels have a different type of viewer.  Therefore the type/style of adverts would vary.

The advertising teams at each channel would be able to advise on the type of viewers they attract each day.  This would include numbers of viewers, age, ethnicity etc. so that targeted advertising can be made accurate.

This should help the adverts be more efficient and hopefully less likely for people to ignore them and make a cup of tea.

Undoubtedly TV advertising has to be one of the most powerful advertising mediums we have.  Adverts that have been viewed decades ago can stick with us.  This means that the job of the advert has been done and the brand has stuck into the memory.

A few examples of classic adverts that we can all relate to:

Certain adverts and campaigns are so impacting, that they will remain for a very long time.  Even if the campaign was short, the key is implanting the brand or product into the consumers mind.

Many companies use TV advertising for brand awareness.  To re-inforce the brand to maintain market dominence.

Whether it is the music that the advert uses (theme tune), the character on the advert/presenter or the slogan that the companies uses can impact in a very powerful way. 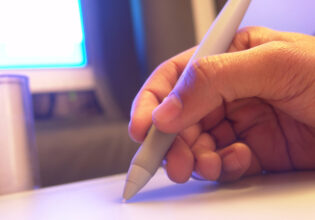 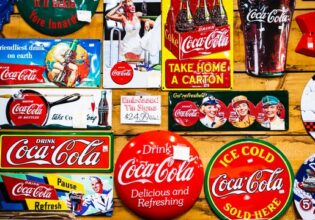