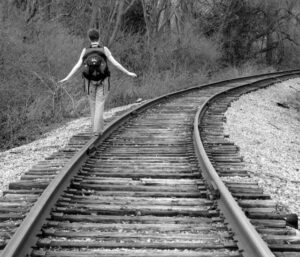 There are around 50 website designers in Doncaster, many of which are smaller design studios that rent offices in the town, or freelancers who work from home.

It does not have many large agencies, as they tend to be located in nearby cities such as Sheffield or Nottingham to the south.

Many branding companies in Doncaster offer web design along with other marketing services.  There are a few website designers in Scunthorpe if you are based more to the east.

Just fill in the form to get free quotes and advice from web design companies in Doncaster.

Doncaster does however have around 20 larger marketing companies that offer website design as part of a broader range of marketing services.  Services such as graphic design, advertising and SEO, to larger businesses which need that extra marketing support, rather than just web design.

PR agencies in Doncaster can support you in the media, which could be worth consideration?

For any business based in the town, there is a broad selection of designers to choose from, considering that there are hundreds of web designers in Yorkshire.

Which one should you choose?  Someone local, someone cheap, or someone small?

Most businesses around the town are looking for the same thing:

As there are over 20,000 web designers in the UK to choose from, selecting someone local is only logical.

Rather than someone in Edinburgh, as a visit can easily be made.

Having a meeting with a designer is a good idea, not only to suss them out, but to chat through ideas and options for the website.  However with COVID a ZOOM meeting may be better and safer.

A website is an investment, so you need to ensure that it is given the attention it deserves, otherwise it will look like every other website on the internet.

Website design experience is something that is important. If they have designed websites that are in the same industry/sector, they will have a better idea of which designs work and produce results.

All web design agencies in Doncaster carry their own experience based on the kind of clients they have worked for in the past.

Whether it be medical, educational, financial or engineering; so choosing a designer who has made websites for companies in your market will only add value.

Cost is always a factor; certainly since the UK is only now emerging from recession all companies are looking to get more for less.

All creative studios set their own rates and as such, website design prices will vary from designer to designer.

Generally the larger the designer, the more they will charge.  Since they have higher overheads, more staff and more expensive offices, than freelancers.  Unless that is the freelancer has loads of experience and can justify their costs.

Paying for quality is the same for anything, you can get cheap cars, cheap chocolate, cheap advice; but people who know their stuff, people who produce high quality products can charge a premium.

Finding someone that can produce a high quality one at an affordable price is ideal, but not easy as they are in demand.

Good designers will be busy, and they will need to book you in; as opposed to a designer who is operating at 50% capacity.

Comparing costs is important these days for anything, be it insurance, cars, houses, food, clothes or whatever. All agencies set their own rate, therefore prices vary a lot.

As the UK is recovering from recession, the need to save money and spend less is on everyone’s mind.

Why pay for an agencies holiday in Mexico, when you can get a much better site designed for less, by someone else who is more experienced and does not charge as much?

For free advice and quotes from local web design companies in Doncaster, just fill out the form.

Doncaster is a town situated in the south of Yorkshire, in the center of England.  The town has a population of around 70,000.

It is an old town based on the river Don and is derived from the Old English ‘Donne ceaste‘ which means ‘the military camp at the crossing point of the River Don’.

The Romans built a fort here to protect the crossing point in the 1st century.

It became an important administrative city between York and Lincoln as a direct route, rather than crossing the Humber in boats.

It shows it’s Viking and Danish roots as many of the streets are named ‘gate’, which means street.

The town was not mentioned in the Domesday Book of 1068, but the nearby town of ‘Hexthorpe’ was, which was described as having two mills and a church.

Richard I in 1194 granted Doncaster a town charter and it became a busy town.  In 1204 the town suffered a great fire which destroyed much of the buildings, which were mainly built of wood. By 1334, it was the wealthiest town in south Yorkshire and was a central point for monks and friars.

During the English Civil War in 1664, It was pro-royalist and when Charles I rode into the town, he was greeted by the towns gentlemen.

Historically this was a wealthy town and has many great houses and estates visible throughout both the town and the surrounding area.   This shows the heritage that came with being situated on the great north road.

It later expanded due to the Industrial Revolution and the neighbouring reserves of coal, bringing more wealth (and black smoke) into the area.

In recent years however, as British manufacturing has declined, and the recession has kicked in.

It has suffered with unemployment and poverty, so the British government are seeking to bring a regeneration project into the area, along with other south Yorkshire towns and cities.