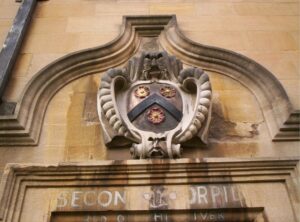 Talking with website designers in Oxford is much better than someone hundreds of miles away, even in today’s world.

Just fill in the form to get free advice and quotes from local web design agencies in Oxford that have experience in your industry and sector.

There are over 50 web design companies in Oxford, many of which are smaller firms and freelancers who have set up, either from leaving school or university.

There are around 10 larger companies that offer high end creative work to larger businesses both in Oxfordshire and around the UK.

In addition, there are over 30 larger marketing agencies in Oxford, all of which makes finding the right agency hard and time consuming.

The difficulty for many businesses in the city is choosing the right web designer to go with.

As there are so many to choose from, finding the right agency can be hard.

There are a few things to consider:

The next thing to consider is meeting with them.  Only by meeting with the company and chatting through ideas about layout, page numbers etc. can you get a feel for whether or not they are right to create your “shop window“.

The follow up would be asking for some references from some of the company’s current clients who they are working with, so that you can talk to them.

This way you can find out what sort of agency they are; are they quick at doing tasks; are they providing a value for money service?

There are in addition many PR agencies in Oxford that can support you in the local media.

Have You Considered Your Marketing?

Once it is produced, you need to get visitors to it.  For this you will need marketing, both in the short term and long term.

In the short term, PPC advertising is the best option.  There are some website design agencies in Oxford that offer PPC as a sideline service.  However we do advise you contacting a few PPC companies in Oxford in order to get quotes.

In the medium to long term, SEO needs to be used.  This involves you being found on the organic results of the search engines.  We suggest getting a few quotes from local SEO companies in Oxford sooner rather than later (as SEO does take time to work).

It is wise to shop around and compare quotes.  All website design companies in Oxford are private businesses and are looking to create profit.

As such it is wise to look at a few different agencies and compare approaches, designs and prices.

Web design prices do vary, based on their size, profit margins and staff numbers.  As the city is an expensive area it is wise to compare prices and get ideas and quotes together.

A Brief Look At Oxford

It is famous for its university and is known as ‘the city of dreaming spires’.

It has been inhabited since Saxon times.  The name was given ‘Oxenaforda’ which means ‘bridge over the Oxon’ as it was an important military town between the kingdoms of Mercia and Wessex.

The Saxon town was very much damaged during the Norman invasion around 1066, and so much of the existing city exists from the following centuries.

It has such prestige due mainly to a charter granted by Henry II, so that the citizens can enjoy the same rights and privileges as the citizens of London.

Much of the University was developed in the 12th century.  However the relationship between the inhabitants and the students has often been troubled.  In the St Scholastica Day Riot of 1355 when 92 people were killed.

The Wold Wars also claimed large numbers of lives from the university, as students rushed to the call to defend the nation.

It is a popular tourist destination and backdrop for films as it has many period style buildings and an olde worlde atmosphere.