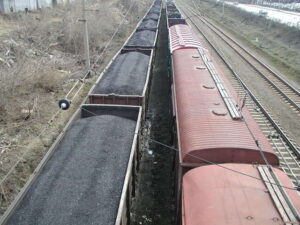 There are around 30 website designers in Durham, many of which are small design studios that work from rented offices around the city, and freelancers who work from home.

There are larger agencies that are fairly  local, but they are based in larger towns/cities such as Gateshead and Newcastle to the north.

If you needed media support, there are a few PR companies in Durham which could help you?

There are around 20 marketing companies in Durham that offer website design as part of a broader remit of marketing services, such as graphic design, SEO and advertising, generally for larger businesses.

Just fill in the form to get free quotes and advice from local web experts in Durham that know your industry.

Working with someone local is always preferable to working with website designers in London or up in Scotland, as there is a loyalty that comes with working with a local supplier.  They are more likely to go the extra mile, if needs be, and ensure that you are 100% satisfied.

Meetings do play a useful role, as meeting a designer and thrashing out ideas will ensure that it looks unique and intriguing, rather than an “off the shelf” copy.

A meeting also gives you the chance to confirm that the web designer is all that they claim to be on their website. That they are not really a company based in India that is working from a ‘virtual office’ or a student working from his bedroom!

However since meetings these days are dangerous due to COVID, a ZOOM meeting may be safer.

Selecting an agency who knows your industry is also helpful. With 20,000+ web designers around the UK, selecting one that has worked in your market before is helpful.

If you are a solicitor, then using a web designer that has designed websites for legal companies before would be better than choosing someone that designs engineering websites.

An experienced designer should have a better idea of designs and layouts that work in your sector, rather than just creating something nice.

Once it is created, this is when the hard work really starts, to get people to it and getting in touch with you.

There is a two pronged attack to this, in the short term and in the long term.

In the short term, PPC advertising is a wise move.  Although it can be expensive, it is quickly set up and can get you the right kind of visitors instantly.  We do advise talking with a few PPC companies in Durham about this, although some web designers do offer PPC along with their design services.

In the long term, SEO is advised, to ensure your website appears within the main results on search engines like Google and Bing.  SEO is quite a specialist form of marketing, and we do advise talking with SEO companies in Durham about this, as designers rarely offer this.

All web design companies in Durham set their own fees, website design prices vary from designer to designer, normally based on their size, location, overheads and experience.

There are no standard rates when it comes to this.  New designers will charge low fees to get experience and expand their design portfolio and larger designers, having greater overheads, will charge more.

Shopping around for quotes is wise in order to ensure that you are not overpaying a designer and just adding to their next holiday.  A cheap website can look cheap, but paying over the odds will not necessarily get you a great website.

Paying a fair price for a fair job is good advice, so shop around and compare quotes.

For free advice and quotes from local web design agencies in Durham, just fill in the form.

A Few Words About Durham

This is the county town, albeit a city, of the county with the same name and is situated in the north-east of England with a population of around 30,000.

The name Durham comes from a combination of words, ‘Dun’ (an Old English word meaning ‘hill’) and ‘Holme’ (a Norse word meaning ‘island’).

The city can trace it’s early history back to around 2000 BC from archeological evidence. However recent history starts from around 995 AD when monks brought the body of St Cuthbert  to rest on the hill.

In the 11th century the Normans built the Cathedral and also Durham Castle, which since 1832 has played host to Durham University.

Due to it’s location in the north, it has been a strategic city to defend England from Scotland for hundreds of years.  Durham was also the site of the famous Battle of Neville’s Cross on 17th October 1346 when England was engaged in the Hundred Year Wars with France.

The French King Phillip II arranged with David II of Scotland, that David would attack the north of England, while Phillip kept the English armies tied down in the south.  David II attacked Durham with 12,000 Scots, but failed to beat the 5,000 English troops under the command of Lord Ralph Neville.

King David II was captured by a detachment of English troops when he hid under a bridge, his reflection was able to be seen in the water. He was taken to Odiham Castle in Hampshire, where he was imprisoned for 11 years, and later ransomed for the equivalent of £15 million.