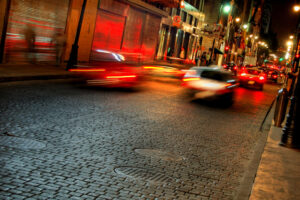 There are around 70 website designers in Solihull, many of which are smaller studios and freelancers who work from home or rented offices.  Most of the larger web agencies are in Birmingham as it is a much larger city.

Solihull has around 20 larger marketing companies that offer web design as part of a broader range of marketing services.   Services such as media relations (which is popular), branding, animation and advertising, to larger companies in the area.  Iff you needed to talk with PR agencies in Solihull, let us know.

Just fill in the form opposite to get free advice and quotes from website design agencies in Solihull that know your industry sector.

For any company, working with a website designer in the Midlands is important rather than one down on the south coast or in London.

Ideally, working with someone local is the ideal, as you can visit them from time to time, plus there is the loyalty that comes with working with a ‘local supplier’, going the extra mile, etc.

Why talk with web designers in Wolverhampton when there are agencies closer?

Meeting them is always advisable, as many do make claims on their websites that need to be confirmed, working with blue chip companies, pictures of global offices and awards they have won.

Many claim to be award winning and be the ‘UK’s premium designer’ which is just marketing talk.

Since COVID, meetings are too dangerous, so a ZOOM meeting may be another option.

Selecting someone that has worked in your industry is also good advice.

All have experience of different sorts having worked in different industries, so choosing one who has produced sites that are in a similar market to yours will only add benefit.  They will have a better idea of what will work and what will not.

Chatting through experience can also be done at a meeting, as they can show some of the sites that they have designed in the past.

All agencies in the UK are private firms, and all are in business to make profit; as such shopping around and comparing quotes is very important so as to avoid overpaying someone.

There are no standard rates when it comes to web design costs, all set their own rates based on their overheads, their running costs/staff costs, their profit margins, etc.

Generally the larger they are, the higher the costs they will have, therefore the more they will charge.

The ideal is to find local web design companies in Solihull who has years of experience in designing cutting edge sites, and can do it for a very reasonable price.

Shopping around and comparing quotes is part of today’s society, whether it is for design, food, cars, houses or anything that can be bought.

A Few Words about Solihull

It may be found to the south of Birmingham in the West Midlands, and has a population of around a hundred thousand.

It has been an important place since medieval times, as a stopping point for mail coaches going from Birmingham to London.  As the forests were cleared, trading was done in the clearings and the town was built in the cleared areas; many timber buildings remain as a testament to the early architecture.

The school dates from 1560, so may well be one of the earliest schools in the area.  The church (St Alphege) dates from around the same period and can be seen from miles around due to the high spire of 168 feet.

It was quite a small town right up to 1901 when the population was around 7,500. But in 1960 the population boomed to over 100,000 due to slum clearance in Birmingham, and the development of the Rover car plant.

The Industrial Revolution, growth of the railways and the ravages of two World Wars passed by  leaving it pretty much unchanged and unaffected.

The main influence on growth was the Land Rover plant, that has had a great effect on the economy of the area.  With the uncertainty in the automotive sector, the council are worried.