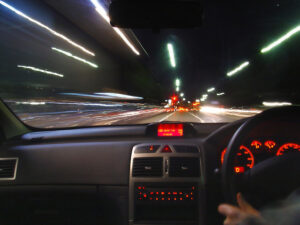 There are about 30 PR agencies in Solihull, most of which are smaller agencies of around 2-3 staff, and a few freelance consultants who work both locally and nationally.

In addition to the stand alone  Public relations companies in the area, there are some 15 larger ‘full service marketing companies‘ that offer public relations as part of a wider range of marketing, such as digital design and web services.

If you needed web support, there are various website designers in Solihull that can help you out.

Just fill in the form opposite to get free advice and quotes from PR agencies in Solihull that know your industry sector.

As there is such a wide variety of PR companies in Solihull, it does give businesses in the area a choice.  Generally there are advantages in working with a local agency as meetings can be quickly arranged to look at the campaign, to discuss issues, and so forth.

For smaller businesses, it is advised to talk to a smaller agency or freelancer, as their costs will more likely be lower than a larger company.

Meeting up with a local agency is important.  It gives you a chance to get to know them and determine the experience they have in your industry. It also gives the agency a chance to fact find and get to know the ins and outs of your business, and so represent you better.

They should already have contacts within the media in order to get the campaign off to a flying start, which in turn means quicker returns.  If there are no suitable agencies around that you like, there are plenty of PR agencies in Birmingham that may well be able to help and support your campaign.

The Midlands has struggled with the recession as many businesses have, so the need to shop around and compare PR prices is essential.  The highest quote does not necessarily mean the best coverage.

This is where comparison comes in, to obtain advice on a proposed campaign balanced against cost.  As a price comparison website, we want to help you get as much value for money in finding the best agency at the lowest price.

To get quotes from a few PR agencies in Solihull, just fill in the form.

Solihull At A Glance

Solihull is situated in the West Midlands, just south of Birmingham.

It is medieval in origin and historically was an important stopping point for mail coaches.

There are still many fine Tudor buildings, and the school dates from 1560.

As Birmingham grew during the Industrial Revolution, it remained a small market town.

It has around 100,000 inhabitants and just under 200,000 in the surrounding area according to council data.