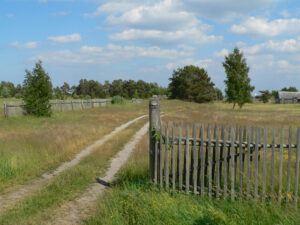 There are over 150 website designers in Sunderland located around the area.

The University has helped to grow the city to just over 200,000 as new students come and stay, to make it their home.

Sunderland is mainly populated by smaller studios as creatives move from freelance to ltd companies, offering more facilities for businesses.

There are in addition a number of PR agencies in Sunderland that can support your website via online and social media.

Just fill in the form to get free quotes and advice from local experts.

As there is such a variety of skills in the area, it does seem pointless to go outside of the city to use someone further afield.

Working locally is always good as there is a loyalty that goes with providing a local service; a kind of accountability.

Choosing local creative companies also means that a visit can be made without too much difficulty; seeing their offices, seeing the team and building a personal relationship.

Another reason to meet is to chat through their experience.

If the designer knows your industry they are far more likely to produce a website for you that will work and be effective and functional, as opposed to just being pretty.

All web design companies in Sunderland are different, all providing different skills and with different track records; as a result prices will vary.

So it is good to look around at a variety of companies to get a feel for the average costs that design and build would cost.

A Brief Look at Sunderland

It is situated in Tyne and Wear and originally included three settlements: ‘Monkwearmouth’, (founded in 674 AD) ‘Bishopwearmouth’ (founded in 970 AD), and Sunderland itself which was a small fishing village.  It is near to the mouth of the River Wear, which was granted a charted  in 1179 AD.

Due to the way that it grew, thanks to trade in coal and salt, it quickly enveloped the other two settlements into its present day form.

Owing to its location on the east coast of England it has strong Viking ties, as it was raided many times during the 8th & 9th centuries. Hence many streets and nearby towns have Norse sounding names.

A tragedy occurred at an event in 1883 at the Victoria Hall, when children surged forward at the end of a show for treats.

The doors which should have been opened had been left locked, leading to a bottleneck and the death of 183 children. This lead to emergency exits being introduced into all public meeting places throughout the UK.

The council is trying to encourage a range of industries into the struggling area.