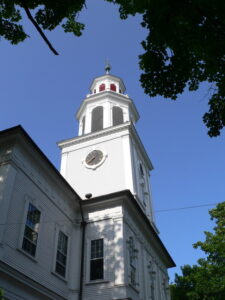 Just fill in the form and we will get you quotes from 5 local creative agencies that work in your industry sector.

There are some 50 web design companies in Exeter.  Many of which are smaller agencies and freelancers working from rented offices in the city, or from their homes. If you needed media support, there are a variety of PR agencies in Exeter that can help.

Many of the larger web design agencies are based in nearby cities such as Bristol.  However the city still has a good variety of web talent to offer local companies.

Exeter also has around 30 marketing companies that offer website design as part of a mix of marketing services.  Such as branding, digital marketing, SEO and PR, for businesses that need more marketing support than just web work.

There are around 400 web designers in Devon and some of these are based close to Exeter (as the main city in Devon), but finding the right agency may be hard.

For many businesses, finding the right web designer is hard.

As there are lots of criteria to be considered.  Which makes choosing a time consuming process; added to which, there are thousands of web designers around the UK.

If you are spending hard earned money, you want to know that the designer is going to do a good job.

Their site may portray them as a competent agency, with nice neat offices, but in reality they may be a student working from their bedroom.

Selecting an agency who has worked in your market previously is also something that is advisable.

As there are thousands of website designers in the UK, choosing an experienced one is only logical and should result in a more efficient effective site.

All web agencies in Exeter are in business to make money, this is something to be kept in mind when getting quotes.

If you need something more complex, an e-commerce website for example, then a larger better established agency may be more appropriate, as they will have more experience and facilities available.

This is something that needs care and consideration, as opposed to just using anyone; a website is your shop window and in today’s society often the first thing that people will see before they see you/your shop/products.

The cheapest website is not necessarily the best, but shopping around and comparing web design pricing is something that is wise. For free advice and quotes from local website design experts in Exeter, just fill in the form.

A Few Words About Exeter

This city was the most fortified city in the south west of England by the Romans.

From ancient coins found in the city, there is strong evidence that there was a settlement here as early as 250 BC.  The Celtic name for Exeter was Isca Dumnoniorum and the Romans recognised this as an important city to strengthen and defend.

Due to the large number of Roman coins found around the city, it is obvious the Romans used the city for a long period, up until the time they left to defend their southern territories.

When the Romans left, little is known of Exeter until the Saxons came and settled there around 658 AD.

The Saxons were replaced by the Danes when Alfred the Great captured the city in 876 AD.

At the time of the Norman conquest, Exeter rebelled against William The Conqueror in 1067 AD.

However after 18 days of siege, the city surrendered, and in true Norman style, Rougemont Castle was erected to dominate the city and the surrounding area.

During the civil war years of 1643, the city was initially a Parliamentary city until the Royalists took it over until the end of the war.

It was one of the last cities to remain in Royalist hands.

During World War II Exeter was devastated by the Luftwaffe, after a total of 18 air raids between 1940 – 1942, which devastated much of the old town, hence the 1950’s look.

Today it has a population of just over 100,000, and has a large and growing university which was established in 1955. Exeter has been listed as one of the top ten most profitable places in Britain to have a business.