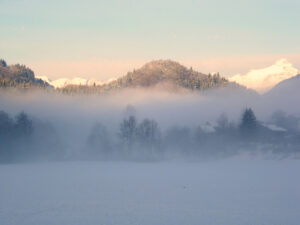 There are around 50 website designers in Hereford  and more are starting up in the area as design graduates leave the university to set up their own studios.

There are also around 30 ‘full service marketing companies’ in the area that offer web design as part of a range of marketing services, including graphic design and advertising.  Public relations is popular in Hereford as it is a quite cost effective for smaller companies.

Just fill in the form to get free quotes and advice from web design agencies in Hereford that know your industry sector.

It is always advisable to look at local website design companies in Hereford rather than one that is based hours away from you.  In todays society of technology many marketing companies prefer to work via e-mail and phone, as they can fit in more clients; however for a web designer to fully understand your business a face to face meeting is best.

In this way they can be focused as you explain the ins and outs of your business, giving them an understanding which will be a solid foundation for creating the best website possible.  A meeting also gives you the chance to see their studios, to meet the web team and ensure that they are all they claim to be.

Face to face meetings are less common these days thanks to COVID, however a Zoom meeting may be just as good.

The face to face also gives you a chance to see how well they know your industry, and how many websites they have designed in your market, both of which should influence how effective the design of the finished website is.

As it is in a more rural community, web design prices should be less than those web designers who have offices in one of our nations major cities.  However it is always good to look around and compare prices.

For free, no obligation quotes and advice from local web design companies in Hereford, just complete the form above.

A Brief Glance At Hereford

It is the county town of Herefordshire and is situated in the very west of England on the borders of Wales, with a population of around 70,000.

It was founded around 676 AD and continued to develop until it became the Saxon capital of Mercia in the 8th century.  It claims to have the oldest inhabited building in England (not including castles and churches), dating as early as 1204, and also one of the oldest schools in England, Hereford Cathedral School.

The SAS (Special Armed Services) which are an elite team of commandos formed during the Second World War, and still active today, have their headquarters here; as the area around the town is owned by the MOD much of their training occurs here as well.