How PR Is Changing 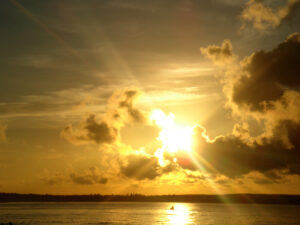 How Public Relations Is Changing In 2021

The world of public relations is changing with the growth of social media and indeed the world of marketing as a whole is being effected with the rise of networking sites.  How PR is changing the way we work and play as everything evolves.

Since COVID and the Harry & Megan scandal, PR has been used by many businesses and celebrities as we are all watching the news headlines more than ever.

PR is all about spreading the word, spreading news so that those who you want to target get to hear about you instantly.

The vehicles of old are newspapers, magazines and journals.  All with topical articles and press releases relating to the industries and markets they serve.

The recession has also caused a decline in traditional marketing as the social media and internet generation continue to grow.

However, with the rise of social media, the landscape has changed.  You can create communities of thousands on networking sites such as Twitter, Bebo, Facebook and dozens of others.

Setting your status update can be seen by thousands (and even millions) and it is instant.

With the rise of the internet, we have seen online PR grow.  Ranging from websites whereby you or anyone can put together a quick press release and have it distributed within hours all around the world.  These are picked up by search engines, newspapers, blogs and indexed forever!  You can choose to use paid media services, or even free ones – the choices are there for anyone who has a few spare hours.

Is The Agency Dying?

Indeed the rise of social media is causing an impact on PR agencies however this is not all bad.  If anything it is helping them as the populous are seeing how important the media is and how it is good to share information.  How PR is changing the agency.

True indeed that for many companies, instead of turning to a public relations agency, they go to an online press release service.

They do more than just communicate news, they put the article together so that it creates an impact.

It is having more effect with the rise of social media as the need for effective skills are being highlighted.  The only thing is that the media channels have now broadened to more than just the traditional media vehicles, but also to the internet and social media channels.

How Should They Respond?

Public relations agencies need to embrace social media as a new tool in their arsenal.  Indeed there are those that are taking on the job themselves (like someone selling because he has to, as opposed to employing a skilled sales person).

Many media agencies are active on the social circuit and can very quickly communicate relevant stories to the relevant media within minutes, thanks to social media.

The World Of The Media

There are over 5,000 PR companies around the UK.  Specialising in all industries from defense, engineering, childcare, green issues through any industry one could consider and indeed the ranks are swelling.

As the need for good representation grows, so the baton is being picked up by young professionals.  Either fresh from university or having done apprenticeships for public relations firms – starting their own agencies in all industry specialisms.

Why Not Get A Quote?

It has been said that it is one of the most powerful of the marketing tools, and indeed Bill Gates is known to have said ‘if I was down to my last $100 I would spend it on public relations’ so why not start the ball rolling.  How PR is changing the world in which we live.

There is no cost in looking or at least talking to a professional that knows your industry. public relations coverage does not have to cost the earth – and a little can go a long way!