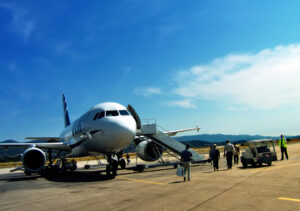 There are around 25 PR agencies in Luton, many of which are freelancers and smaller businesses that work locally.

There are around 20 marketing companies in the town that offer PR as part of a broader range of marketing services.  Coupled to a campaign involving other aspects of marketing, such as website design work, branding and advertising; this would be more for larger businesses that are looking for a more ‘full service’ approach.

Fill in the form to talk with PR companies in Luton that know your industry sector.

There are lots of PR agencies in Bedford, should a suitable agency not be found locally.  But given the choice, working with a local agency is always preferable.  A meeting can be arranged without too much difficulty.

Meetings still play a central part in communication over e-mail, if only for the value of body language.  There is also the benefit of being able to see where the agency works, how they work and meet the team.

While much of today’s business can be done via e-mail and phone, certainly in the early days of a PR campaign, a meeting is highly recommended.

Do They Know Your Industry

Agencies will have a mixed and varied experience; some having dealt with a variety of clients spanning a range of industries, engineering, finance and defence, for example; and some only working in niche industries.

Selecting an agency that either works exclusively in your industry or has experience in your industry is essential.  If they know how your market works, who your competitors are, the media publications to target, then they should be able to get quick results, hopefully leading to a quicker return on investment.

All PR agencies in Luton are different.  All of different sizes and experience, all charging different rates. There is no industry standard when it comes to PR costs; all set their own rates.

Generally the smaller ones have lower fees due to having lower overheads, lower profit margins, or through wanting to build their customer base.  Larger ones tend to have expensive offices, highly paid staff, directors taking dividends and more resources to pay for. It is wise to shop around and compare prices.

A Few Words About Luton

This university town is situated in Bedfordshire, and is probably best known for it’s connections to the automotive industry. It has ancient roots, dating back to the stone age.

There are many Neolithic sites around Luton, the best known being Waulud’s Bank.

The first town in the area was Dunstable which was set up by the Romans; but the Saxons founded it in the 6th century.

Luton is recorded in the Domesday Book of 1068 as ‘Loitone‘.

During the middle ages (around 1120) there were a number of mills in the area, and the street ‘Mill street’ in the town centre takes in name from one of them.

The Civil War in 1645 saw the town held by parliamentary forces, and the town was involved in fighting with Royalist solders as the army moved north.

During the seventeenth century, hat making was popular in the town and still continues to this day, but on a much smaller scale.

As the hat making industry declined into the twentieth century, the automotive industry took over and in 1912 Vauxhall Motors moved in.

During the Second World War, the factory was involved with the manufacture of Churchill tanks.

In 1938 the airport opened and was owned and operated by the council. It is today one of Britain’s major airports.