There are around 10 PR agencies in Hull, mainly small  agencies and freelance journalists.  There are also PR companies in Hull that offer a specific industry focus. Hull is considered something of a backwater town as it is a good hours drive from its closest cities of Leeds and York.  But there are many businesses in the region, especially around the Humber and throughout East Yorkshire.  The toll for crossing the Humber Bridge has recently been reduced, which encourages links with Lincolnshire. 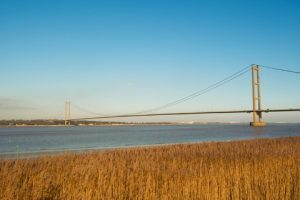 There are a rich variety of marketing companies in Hull of varying sizes, from freelance consultants up to larger design agencies, that offer public relations as part of the variety of services they handle. Just fill in the form opposite to get free advice and quotes from PR agencies in Hull that know your industry..

Working With A Local Company

It makes sense to work with a local PR agency in Hull or in Beverley due to the time required to travel to other cities.  Having regular meetings with a agency is important in order to ensure that good communication flows; also it gives the opportunity to review the campaign, and to look at how the results can be improved. If possible, choosing an agency that has a background in your industry is also important, as they will have established links to the right media groups, and should be able to get you quicker results than an agency that has no previous experience.

Should you need web support, there are many website designers in Hull that can help.

Due to the north south divide, PR prices should be more affordable than would be the case using a similar sized agency in London; however as with everything else, comparing prices is always a good idea.  All PR agencies in Hull are different and all charge their fees based on several factors, mainly costs, but also experience and prestige; related to these their size may also be considered a factor as larger agencies do tend to charge more.

Hull At A Glance

This port, once the second busiest in England, can trace its trading roots back for centuries to medieval times.  It developed where the river Hull meets the river Humber when the nearby villages, one time ports of Hedon and Paull silted up.  The proper name is Kingston Upon Hull, but this is commonly shortened to just Hull.  Known for the Humber Bridge, one of the great engineering wonders. Hull was heavily bombed during the Second World War, rivalling the East end of London and Liverpool in terms of destruction. Some interesting architecture remains, in particular unspoilt Georgian buildings in surrounding towns and villages.  The principal industries historically were shipping and fishing. Now it is known for its oil refining, chemical and drug industries rather than fishing, although it is still a busy trading port with continental Europe.  There are daily ferry services to Amsterdam and Rotterdam. It has recently been awarded the right to be called ‘City of Culture’ in 2017.  Population is around 250,000 according to council data.