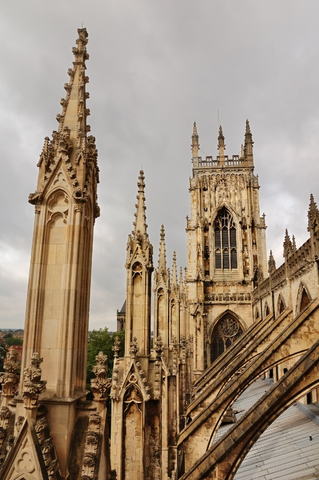 There are some 20 PR agencies in Peterborough, ranging from freelancers who work from home, up to smaller companies that work from rented offices in and around the city.  The city has a couple of larger agencies, but many larger agencies are based in nearby cities, such as Leicester or Nottingham. It has about 30 marketing companies that offer public relations as part of a broader range of marketing services, such as web development, graphic design and advertising services, to larger businesses that need a broader marketing support. There are around 5 PR companies in Peterborough that have a specific industry focus.  There are in addition many website designers in Peterborough that can help support your PR campaign via online and social media.

For free advice and quotes from PR companies in Peterborough that know your industry sector, just fill in the form.

For businesses that are based in and around Peterborough, working with a local contact is always better than one that is hundreds of miles away.  This is, mainly to facilitate meetings.  These play an important role when it comes to discussing strategy.  With their approach to the campaign, objectives, and also address any issues that may arise.  Some PR companies in Peterborough may make claims on their websites which are not quite true.  So a meeting gives an opportunity to ensure that the company is legitimate, and not a student working form home, or that they are actually based in the UK.

All PR agencies in Peterborough set their own rates, as all are private companies and have their own fee structure, so shopping around is wise.  These days, comparing quotes is something that is important for most things, whether it be a bar of soap or a house, and public relations is really not much different.

Generally the larger the agency, the higher their fees will be, through having more staff, higher overheads and the higher profit margins, than a smaller agency.  However larger firms tend to have more experience and more resources to hand.  With PR costs, finding the right agency is more important than finding the cheapest.  The cheapest does not necessarily mean the best, but neither does the most expensive mean the best results.

Only by shopping around and meeting local contacts can the best partner be found.  There are hundreds of agencies in the county to choose from, and this is where we help you compare quotes.

A Few Words About Peterborough

It is a cathedral city based in the north of Cambridgeshire in the east of England.  Due to the flat terrain of east Anglia, it lies low and close to sea level, and indeed some levels are below sea level. the Fens (a naturally boggy area) are at the east of the city and were drained centuries ago for agriculture. Peterborough has had human settlements going back to the Bronze Age and was originally called ‘Medesganstede’ by the Angles in the 10th century.  This was due to the monk Seaxwulf founding a monastery in the city.

The name changed to ‘Burgh’ around the 12th century when an abbot build a defensive wall around the abbey. During the civil war years (1642 – 1651) it was divided, between supporting the King, and support for the Parliamentarian cause.  Peterborough really grew during the 1840’s when the railway’s came, and the city started to expand as new industry grew in the area, becoming a centre for brick manufacture.  These days, it is a growing economy as the service industry boosts jobs, such as schools and hospitals.  The current population according to council figures is around 80,000.