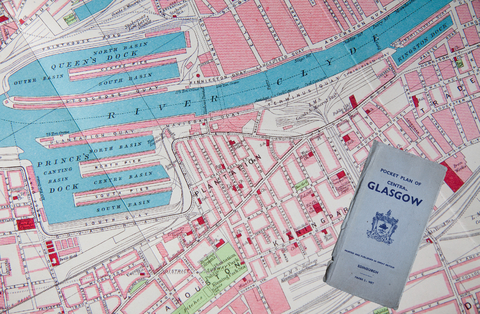 There are over 20 PR agencies in Glasgow, many of which are smaller firms that work from rented offices around the city or from home as freelancers.  The city’s creative skill has grown in recent years, and many new public relations and marketing companies have sprung up around the city.  Offering local and national businesses throughout Scotland a range of creative talent.  There are also many website designers in Glasgow that can support your PR campaign with online and social media coverage.

There are also a number of PR companies in Glasgow that work in specific industry sectors. There are approximately 100 marketing companies that offer PR services as part of a broader marketing package.  This is normal for companies that are larger, and who are looking for one marketing company to look after all their marketing requirements.  So there is a good choice of skills and experience available, making it unnecessary for locally based businesses to look outside of the city for media support.  There are numerous great PR agencies in Scotland to choose from.

For free advice and quotes from PR companies in Glasgow that know your industry, just fill in the form.

As there are so many PR companies in Glasgow, it is logical to work with a local agency.  Rather than contacting PR agencies in Edinburgh or even further afield such as in England.  Working with somebody local is always better than a firm that is hours away. Public relations does involve a level of understanding and strategy, making a meeting a very useful opportunity.  Not only for the agency to come to know the business, but also for the business to understand the agency.  A meeting also gives the chance for the client to ‘vet’ the firm.  To ensure that they are all they claim to be on their website; that they are not a some student working from home, for example. Many PR agencies in Glasgow do specialise in specific industry sectors, such as engineering, medical, music PR, and FMCG.  So selecting a company that has previous experience of working in your industry is important.  They will know the media groups to talk to, know how the sector functions, and what issues your competitors are facing.

Shopping around and comparing quotes is an important thing to do these days.  As price comparison is common and costs are going up for all things. For PR, shopping around and getting quotes is important.  All PR agencies in Glasgow are profit making enterprises.  Finding a skilled company that can produce results is important, but ROI is more important.  If you are paying an agency a small fortune, this cannot be as good as paying a low price for the same media coverage. Shopping around for PR prices from industry experienced firms should provide you a good local firm.  Someone that knows your industry and is not going to charge the earth for public relations support.

A Few Words About Glasgow

It is the largest city in Scotland, situated west of the capital Edinburgh; Greater Glasgow has a population of around 1,200,000 according to the local council. Based on the banks of the river Clyde, it was a small town until the 18th century when it grew thanks to the trade with North America and the British colonies.  Glasgow University was created in the 15th century and is still a popular university for both UK and overseas students. Many of Scotland’s top businesses are based in Glasgow, as the land/rent is cheaper than Edinburgh, which is more of a financial hub. An old saying has it that while Edinburgh is the capital, Glasgow has the capital. Glasgow was voted the 57th most livable city in the world.  In the 19th & 20th centuries, it was the fourth largest city in Europe (next to Paris, Berlin and London) and is still growing as trade and industry grow.