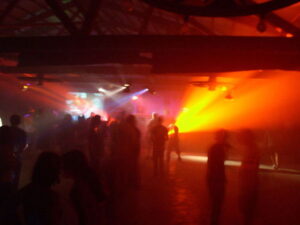 Public Relations For Nightclubs In The UK

PR for nightclubs is important, both for advertising, but also in dealing with media enquiries.  The problem is finding the right media agency, as there are hundreds in the UK to choose from.

We always advise talking with public relations agencies that are experienced in doing PR for nightclubs.  PR for the alcohol trade is essential to ensure putting a good spin on the drinking culture in the UK.

Fill in the form to speak with local PR agencies that have experience in the clubbing sector.

The nightclub sector does not have the best of reputations; so therefore clubs and bars do need to ensure a clean media image, both to the local communities and to the industry in general.  From top London nightclubs such as Mahiki, down to the local nightclub in Leeds, the need for good media exposure is important.

The sector does attract a lot of bad press, as a result of bad behaviour of a minority of clubbers.  So damage control is needed to balance things out, and assure the public that owners are doing all they can to ensure that they are supportive of the police, the drinking code and safe entertainment.  Drugs have been a big issue for many nightclubs.  PR for nightclubs is necessary to try and combat the bad press from drugs.

Why Do Clubs Exist?

They were originally designed for the young to socialise, dance and blow off steam in a controlled and safe environment.

Most nightclubs do seek to provide this service but unfortunately, the bad elements are attracted to them.  Another good reason to spread a positive media image.

The nightclub industry is not just used by the young (18 – 25 year olds) but also by people as young as 15 up to people over 50.  The culture of binge drinking and sex trafficking has also given the nightclub industry a very negative reputation.  Since the 1960’s drugs have been a big problem for many nightclub owners, and are unfortunately the perfect environment for drug trafficking and the effects that result.

Since COVID the nightclub sector has been closed for the best part of a year, what the future holds is anyones guess.

The nightclub industry in the UK is one that is growing quickly and is extremely profitable.  As such the need for good press and good media coverage is important, in an attempt to try to neutralise some of the bad press that is created.

Many nightclub owners are working towards encouraging responsible drinking, checking for concealed weapons and employing additional security, to combat the drug & sex trade.

For this reason, media representation is needed to get the right message across to the UK public; to encourage more business and dampen the fears that many parents have when their children go clubbing.

There are many PR agencies around the UK that work in and around the clubbing and entertainment industry, and who support the fight against organised crime.  The advantages that owners can get from experienced agencies would be:

Damage COVID Has Done To The Sector

As nightclubs gradually re-open after the lockdown of 2020-21, publicity is important to bring back the customers.

Many clubs have had to close as the financial burden has been too hard.

We recommend club owners to take advice from several media agencies.  As a price comparison website, we do want to help you to find the best public relations agency for the lowest price.  PR prices do vary considerably, so sadly it is necessary to shop around and compare quotes.